The workshop was sponsored by the MIT Sloan school of management, IDEX Bordeaux, and Changhyun Kwon. 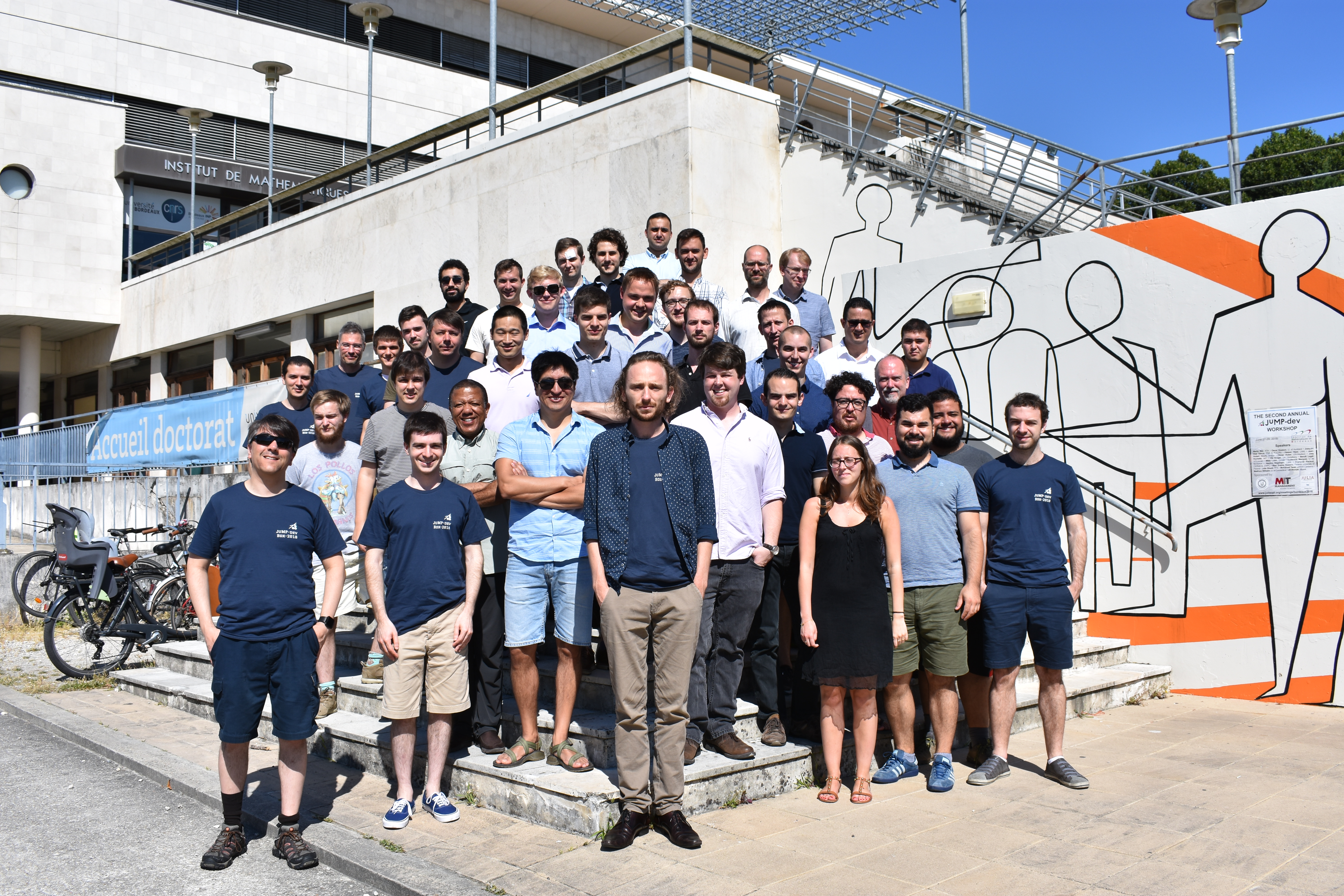 This workshop is a follow-up to the first annual JuMP-dev workshop held in June 2017 at MIT. The purpose of the workshop is to bring together students, researchers, and practitioners with interests in the software aspects of JuMP and related packages. Interest areas of the workshop include:

The JuMP-dev workshop is a great opportunity to meet other people working on and around JuMP, as well as to provide feedback to the core JuMP team concerning its future direction. The workshop is scheduled to lead into ISMP.

The workshop will be held at the Institut de Mathématiques de Bordeaux, University of Bordeaux. There are options to stay in Talence (walking distance to JuMP-dev), or the Bordeaux city centre (short tram ride).

A variety of information about Bordeaux, as well as how to get there, and possible accommodation options, is available on the ISMP conference website.

The workshop is open for anybody to attend. In particular, we invite new contributors and those who have not met the core development team.

The call for talks has now closed.

Thanks to the generous support of MIT Sloan School of Management, the JuMP-dev committee has funds available to provide travel support to a limited number of attendees. The deadline for travel support requests was May 15.

The workshop schedule is outlined below. The scheduled start of the workshop is at 13:30 on Wednesday, 27th June. This is to allow participants to arrive in Bordeaux on Wednesday morning.

The workshop dinner will be held at Mama Shelter, 19 rue Poquelin Molière, beginning at 19:30. To travel there from the workshop, take the B tram to the stop Gambetta - MADD. The restaurant is a 200m walk from the stop.

The tutorial will cover how to use the new version of JuMP with MathOptInterface. The tutorial will be open to anyone, even if they have not attended the workshop. No JuMP experience is required.